There’s a little bit of magic in the air…

An artist sits in his London studio, drawing roses.

Unbeknown to each other, six women from all over the world have each commissioned him to draw a rose for a friend in crisis:

There's Betsy, from the American heartlands, whose stubborn refusal to face reality means that she's about to lose her beloved farm;

Amala, a beautiful Indian bank executive whose emotional bankruptcy has taken her to the brink of despair;

Miriam, a widow in South Africa, whose inability to stand up for herself means that she’s unable to recognize her own sexuality…

Lola, an Argentinian in self-imposed romantic exile in Spain who’s about to miss the opportunity of being reunited with her one great love;

Gisella, a young Italian housewife, who prefers the elaborate life of her daydreams to returning to the job which she dreads;

...and Kate, in a state of deep depression after being forced to return to Australia when a love affair in England went sour...

As the drawing of their rose evolves, however, so do the women’s lives begin to be transformed, because that’s the Rose Artist's talent: he’s able to tune in to the essence of a woman, her essential ‘her’.

And deliver her, a portrait of herself, through a rose.

I Draw Roses on Amazon.com 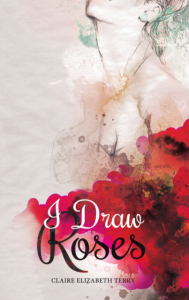